This summer, many rowers took training to the next level and rowed at various prestigious and storied clubs including Penn AC, Undine, and Vesper on Boathouse Row as well as Riverside on the Charles in Boston. Some rowers resorted to local boat clubs such as the Wilmington Rowing Club on the Christina River to continue their training. 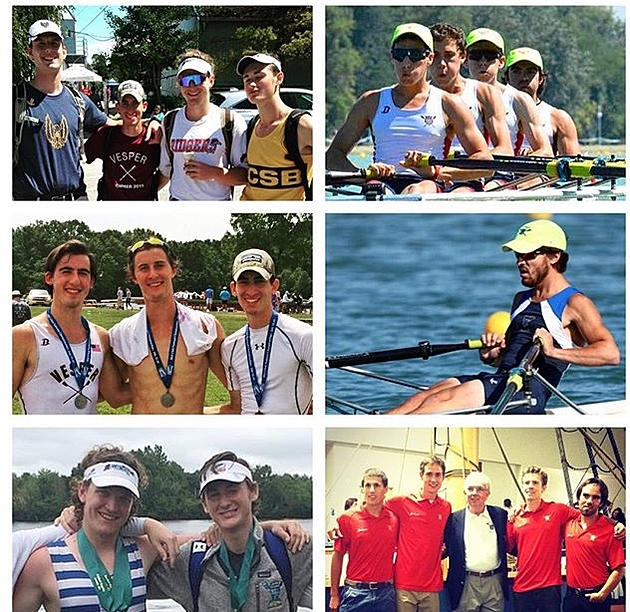 Four rowers from the University of Delaware team competed at the Under-23 World Rwoing Championships in Plovdiv,Bulgaria representing the United States in the Men’s Lightweight Quad category after training vigorously at Undine Boat club. This was quite the impressive feat for these rowers. After winning World Championship Trials on Laker Mercer in New Jersey, the four successfully earned the right to represent the United States in Bulgaria at Under 23 World Championships where they finished 2nd in the B final.

Other rowers decided against rowing as their form of training and instead turned to triathlons. Senior Colin Dabagian trained throughout the summer to complete multiple triathlons where he medaled and earned bragging rights.

Two members of the team participated and succeeded in completed Marine Corps Officer Candidate School. Alex Shoemaker and David Caspers both participated in OCS and graduated the program. They are both on their way to becoming officers in the Marines.

Delaware Men’s Crew would like to welcome the biggest recruiting class on both the Heavyweight and Lightweight sides as these rowers begin their collegiate rowing career. Many had solid performances at Youths and would like to continue the winning tradition at Delaware.